Leave by the coastal road along the Saronic Gulf
to the Corinth Canal, which connects the Aegean Sea with the Ionian Sea, (short stop).

Drive to Mycenae, the Homeric city of Atreides, the city "rich in gold" of the ancient poets.


Visit the Lion's Gate, the Cyclopean Walls, and the Royal Tombs e.t.c.


Depart for Nauplion through the fertile plain of Argolis, the picturesque town nestling at the foot of a cliff crowned by the mighty ramparts of the Palamidi Fortress (short photo stop), leave for Epidauros, to visit the Theatre (4th century B.C.) famous for its astonishing acoustics.
Return to Athens by the National road connecting Epidauros with Corinth. Lunch in Mycenae.
Info:
The Theatre of Epidaurus world famous for its excellent acoustics, are the most visited places from Athens.
The UNESCO’S world heritage listed monument is reputed to be the birthplace of Apollo's son Asklepios, the healer and was the most celebrated healing center of the classical world. Epidaurus is probably most famous for its theater, one of the best preserved classical Greek buildings and still used today due to its amazing acoustics
The theater was designed by Polykleitos the Younger in the 4th century BC. Mycenae, the legendary home of the Atreids that gave its name to the earliest sophisticated civilization on the mainland in 4000 years ago.
We will visit the famous bee-hive Tomb of King Agamemnon and the Lion’s Gate part of the awesome Cyclopean Wall. Mycenae was the powerful centre of the second half of Bronze Age (1600-1100 BC), with its awesome Cyclopean Walls, its unique Lion’s Gate, and the ruins of Agamemnon’s palace where series of most tragic dramas took place.


Cost:
The price of the tour is 99 € per person with lunch and
if you decide not to have lunch included, the cost is 89 € per person.
Both taxes and entrance fees

SPECIAL OFFER
In case you make a reservation to our Hotel from our web site www.athenshoteleconomy.com
you will have a discount of 15% at any tour you will book from our Hotel
NOTICE:
The cost of the tour has to be paid only by cash,
the cost for your room to our Hotel can be paid by cash or by credit card. Posted by www.economyhotel.gr at Πέμπτη, Δεκεμβρίου 22, 2011 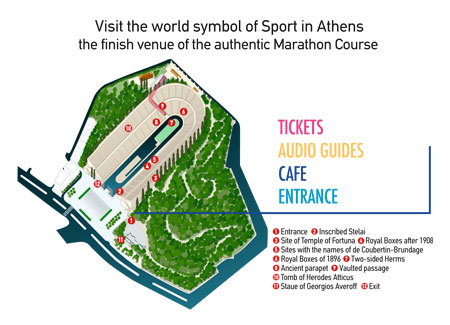